I have damaged my AC joint (the one in your shoulder where the collarbone attaches to the shoulder blade). I had a separation injury there years ago and it's come back to haunt me now I'm doing a lot more upper body based activity.  The upshot is I'm grounded for two weeks and I have to apply voltaren topically 8 times a day, and ice it for 5 minutes twice per hour.

5 minutes twice per hour is a lot of icing when you're at work.  I have a cold pack rotation going and it's definitely helping, but I'm sure I'll  be over it by next week. Hopefully after that I'll be able to start doing things again.

Meanwhile, I had an interview yesterday for a job I actually want.  I think it went ok, there was laughing and I felt like I established rapport, but you never know with these things because everyone plays their cards close to their chest and I guess I'll know by the end of next week.

I'm having an interaction with one of the Wellington city councillors who wants to ban begging.  Being fairly well versed in the issues surrounding prohibitions, I asked her what support she had for the notion that banning begging will actually stop begging.  She answered something along the lines of 'strong leadership and extra resources'  - which implies she didn't understand the question. So I asked again:

"Yes but how will banning it actually stop it from happening? Do you have evidence that shows this will work? How will you evaluate success?"

So far she hasn't answered. I don't think she's put any thought into it to be honest. Prohibiting things *seems* like common sense, but it doesn't take much examination to expose the flaws in this line of thinking. Like how people for whom the social contract has already failed are unlikely to suddenly decide they need to stay entirely within the law.  Like how when you criminalise people they avoid authority, and in this case the agents of authority are the ones through whom they can access the services they need.  Like how the reason the number of beggars has grown is because inequality has grown.
Sweeping people under the rug leads to dead bodies in alleyways, and I don't think that's a step forward frankly.

But maybe she'll answer, with a comprehensive, well-thought-out plan for how this will work and how they will know it's worked.  And maybe I'll get offered a six-figure salary to do harm reduction work. 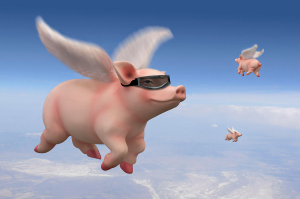