Since it seems to be the season for it, I've just cleaned up my friends list. I removed people who haven't posted in forever and who I've given up on ever coming back, people who I went "Who's that?" when I saw them there because it's been so long or we've never actually talked, and people that I didn't click with the way we thought we would. As usual, feel free to remove me if we don't talk, you skim past my posts cos WORDY, or any other reason. I won't be offended.

Meanwhile, that was a fantastic weekend.

But not only for that reason. I mean yes, Dr Wheel = hotness, and all that goes along with it. But something that had been missing from my life while he was away, that I hadn't realised was a thing until he came back, was the way he makes me laugh till I nearly wet myself on a daily basis.

grist did on the weekend:

He likes to test things to failure, so a failure means a successful test, and a post on StuffIDestroyed.

And I made this: 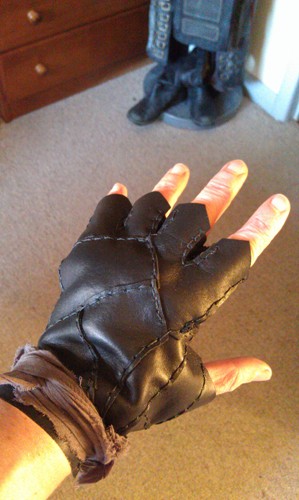 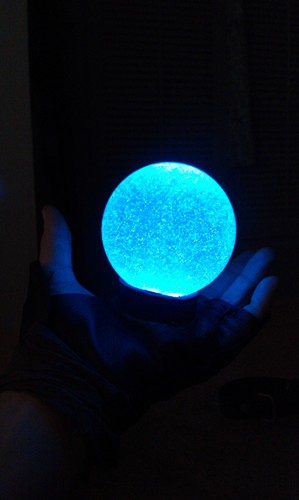 It's the gloves that carry the light that makes the ball glow, so I can wave my arms around all magicky like on stage. Or in my room, like I was last night.

[EDIT] As it turns out, the city I live in is actually the windiest city in the world. We joke about it, I didn't know it was actually true.
Collapse