So I have my silly hat, silly robe and silly hood thing, and later on today I'll be processed and given my bit of paper, which I'm told is actually goat skin or something but I'm not so sure.

Apparently part of the ceremony involves singing Gaudeamus - a 'traditional university song'. I looked this up, and it turns out that it isn't just traditional for Vic, it's one of those European traditions that lots of Western universities do. It's about how you should enjoy life as a young student because you're a long time dead, basically. Also, it's from back when only men got to have an education, and there's a verse in there about the 'friendly' women who have made the student's lives better. I am all O.o that this is still a thing. Maybe they skip that verse, I dunno. And I won't know either cos it's all in Latin anyway.

Last night I downloaded all the gregorian electronica. All of it. Yep. I am a child of the 90s and I am not ashamed. Bite me.

Later today there will be letters after my name. Proper ones, like. No idea where I'll use them tbh. Right now I'm gonna do some soldering. 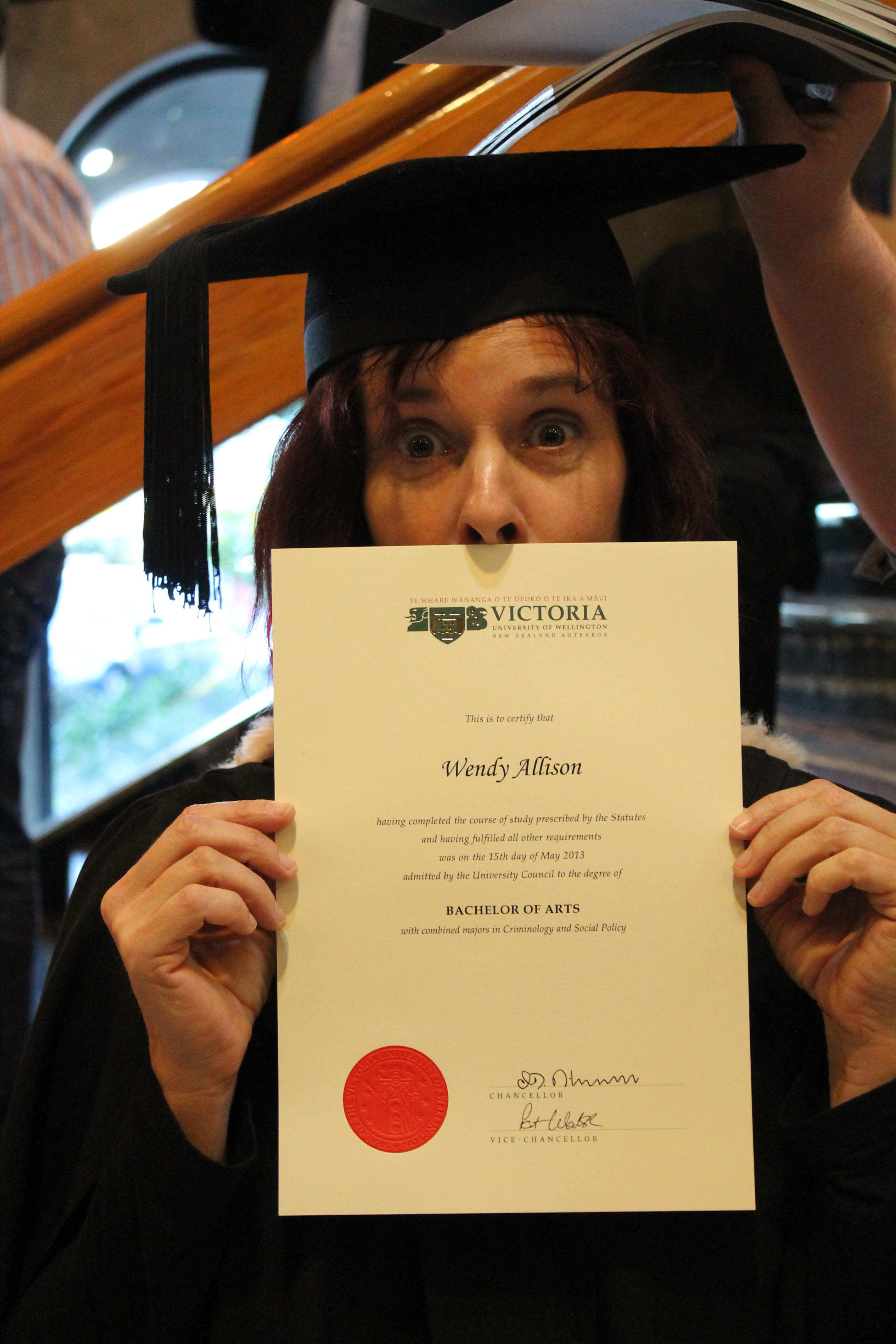