I am about to send in a terrifyingly large order to Adafruit. This is partly because I need another 8 metres of LED strip to make the rest of the Brainfart, and partly because us here in Way The Fuck Past The End Of Nowhere Land have to pay stupidly large amounts of money for shipping, so we tend to put the word about if we're putting in orders on anything and go in together to piggy-back on each other's stuff. Anyway, the order is big enough that they are sending me a free Raspberry Pi. No, I really don't know what I'm going to do with a Raspberry Pi. Suggestions?

Ok, it's time to play "Guess What That Thing Is!" 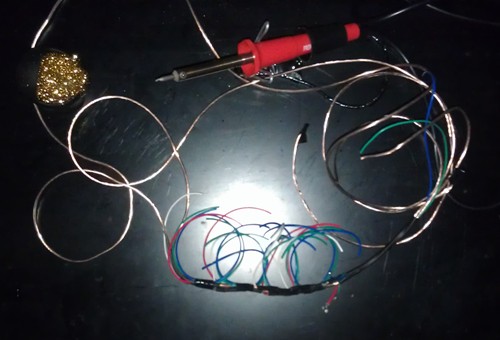 Is it rave spaghetti? Is it the remains of Freddy the Disco Clown? Did my toaster have an unfortunate encounter with my blender?

I have sheep to shear tomorrow. I think I remember how to do it. Gotta be easier than jackhammering, right?
Collapse