OK folks, I'd like to know what y'all think of this. It's an art exhibition that involves naked women in various situations in which they are truly objectified - as lamps, for example, or as blank canvases for the audience to write on. It's designed to challenge people to separate nudity and objectification from sexualisation, essentially to see if they can. The premise being that the female form is so commonly sexualised that seeing it as anything other than sexual will be hard.

OK, I get that, and I'm certainly intrigued. But there's a small part of me that is seeing this as ironic sexism. Dunno, maybe it's ironic ironic sexism in that it's caricaturing ironic sexism by taking the irony to the extreme and putting lampshades on naked ladies while going "Go on, I dare you not to look at my bits! Can you?"

It probably doesn't help that I spent some of yesterday pointlessly trying to explain to someone on the internet that ironic sexism is still sexism and that adding the comment "This tweet is pointless without that chick’s number" in response to this ad is not clever or witty or even arguing a point, it's merely sexist. He insisted that irony is a better form of argument than pathos, and therefore his comment was justified. As you can imagine, I was unimpressed by this abstraction, and I'm pretty sure that interaction has coloured my view of the above.

So I'm asking you, what do you think? I will probably go see it regardless, because like I said, I'm intrigued. But I'm curious whether my little flashes of "Umm..." are on track or not.

Dear weather gods, I have 40-odd sheep to shear tomorrow. Please be nice and let me get them done. Cheers. 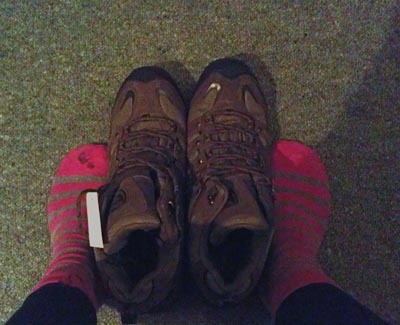