I just paid our hugely inflated body corp fees for the quarter. For those who've been distracted by world events, we had an earthquake here 18 months ago that didn't kill a lot of people but flattened the CBD of one of our main cities. Thing is, that city was considered to be not earthquake-prone*. The city I live in, is earthquake-prone. And the Christchurch earthquake caused two things to happen in the world of bureaucracy:

It's not just buildings listed as earthquake-prone (of which there are over 250 in Wellington), it's pretty much all buildings that are suffering insurance hikes. Our building is on the earthquake list. There's a plan, it's being sorted, the building will be brought up to the latest code in the next few years, but these things are expensive and we have to save for it. Meanwhile, insurance companies are charging extortionate prices** to insure buildings. They can do this because the law requires the buildings be insured, which means we have to pay whatever they ask or be in breach of the law. Our insurance premiums have quadrupled. This is not a joke - this year we are paying four times as much in insurance as we did last year, and this has effectively doubled our bodycorp fees. I'm told other bodycorps are in similar situations and even people in modern, stand-alone houses that were built to the latest code and are not in the CBD are suffering insurance hikes.

Apparently it's a country-wide problem, because insurance companies might have NZ domain names but most policies are actually owned by multinational corporations that don't know Timaru from Taranaki and thus have just gone "NZ = Earthquake risk!" since the Christchurch quake. So most kiwis are paying a premium on their policies now. This flows into rental costs for those who don't own and blahdeblah housing crisis that I've been going on about for ages.

The saving grace, I'm told, is that as long as we don't actually have another earthquake, the insurance companies will recover a lot of their losses (yes, through extorting it from the rest of us but still), eventually someone in the higher-ups of the insurance companies will start to undercut someone else on the premiums, everyone will switch to them and a price war will ensue that hopefully brings the premiums back to something realistic. It's expected that will take a couple of years. Meanwhile, us in our building are quietly tucking away money to have the building strengthened and I expect that'll happen within a couple of years as well. That should reduce our premiums by us no longer being considered earthquake-prone. And eventually, we'll stop having to pay that earthquake levy.

And by the time that all happens we will be very accustomed to paying exorbitant BodyCorp fees (seriously, ours currently adds up to $1000 a month - without the EQ levy and extra insurance it'd be about $400 a month). It'd be nice to think that when we don't have to pay that any more it could be going towards reducing the mortgage, eh? And that is the silver lining in all this for me - that we can actually afford to pay all this extra stuff that's been bunged on because of the earthquake, and that in the long run it'll help us pay our debt quicker through being used to paying for it. It makes me very sad to think of those who can't afford it - which, due to the recession and our stupid government, is a lot of people in this country. What, exactly, are those people supposed to do?

tl;dr Welcome to NZ, where wankers in other countries get to dictate our living expenses through insurance extortion.

* If such a thing even exists in a country that is only there because of tectonic plates bumping uglies.
** I know, if there was an earthquake they'd still be out of pocket. But insurance is gambling, and in gambling it's always stacked so the house wins.

"Hi Wendy, You are definitely the sort of person we would like at honours level – we ask that students have a B+ average so your grades are fine. And you can also come back and do honours whenever you like – in 10 years of you want!! There is also the option of taking two years to do it and doing two papers per year – I did have a student who did 1 per year for 4 years. Kind Regards, CrimProfPerson."

Beat my deadline by a day and a half. Now what? 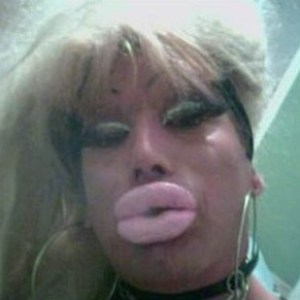