I need a new earworm.

Meanwhile, last night Tom (who is awesome and also back, which means I get him as a partner again) and I managed our first successful neckspin. This move looks like him flinging me around his neck flamboyantly as if I were a scarf and me, well.. being flung. It requires a lot more effort on my part than you'd think, what with having to present my leg in the right place at the right time and then turn myself inside out to make it look like I'm a malleable piece of fabric, all while being rotated at high speed 6 feet off the ground. So yay us!

Also, there was a lot of Girl Flipping. I have paranoia about gym mats because it was on one of them that I hurt my ankle all those years ago, and I'm afraid I'll stagger off the side like I did before and do it again. But they were extra careful to aim me at the centre of the mat and by the end I was landing square on my feet and not being afraid of it. Which is nice. Today, it only hurts a little bit.

On the Mars landing: When will someone build a Mako? 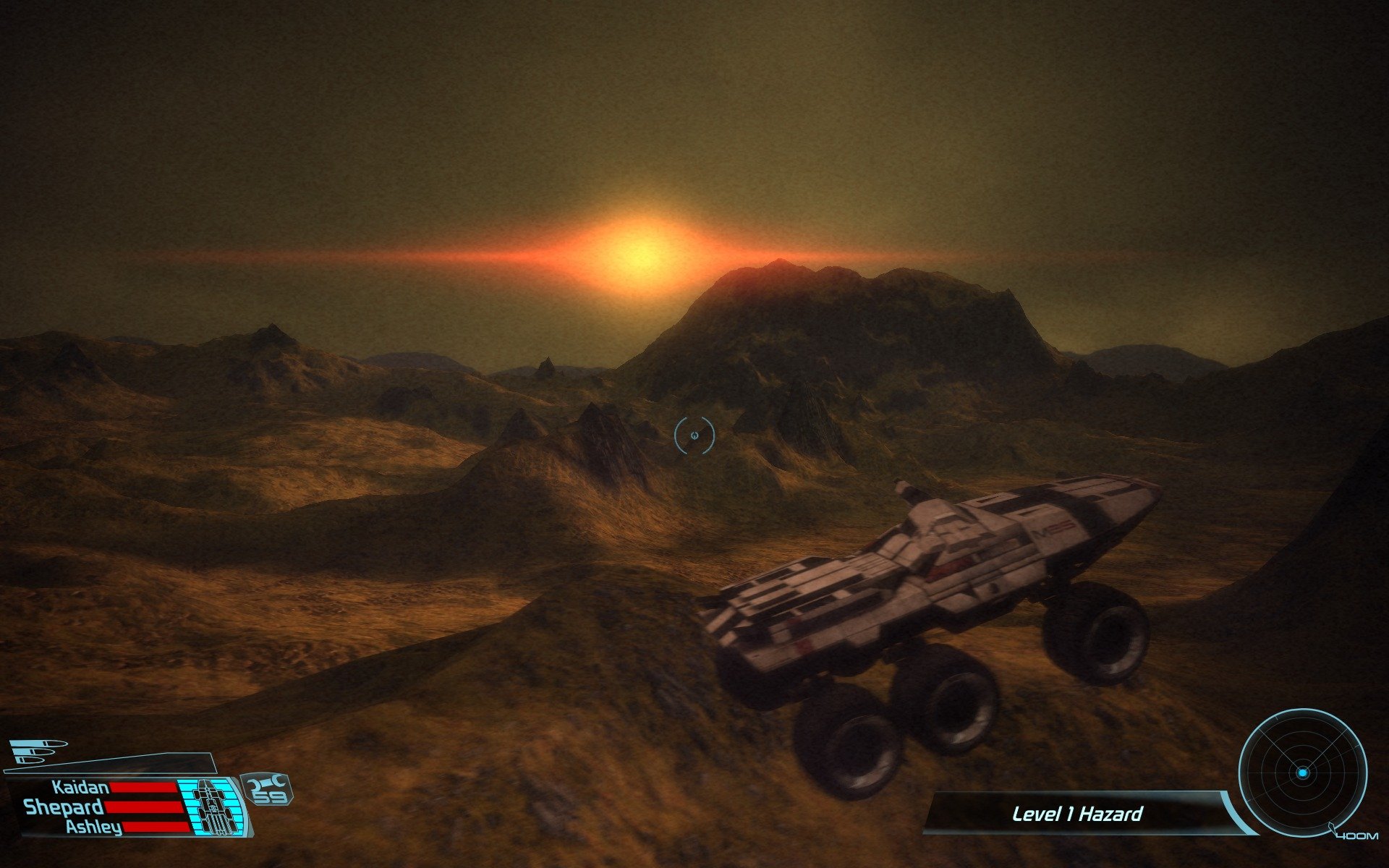 I never took Kaidan anywhere because all the "GOGOGO!" and "Finally, some action!" stuff annoyed the hell out of me. And I didn't sex him because I couldn't work out how to avoid sexing Liara instead and besides, he was mostly just a cardboard cutout of the All American Boy which makes me go *yawn*. Hopefully he improves in 2. But the Mako is awesome, drunk-driving simulator or not. No this is not my screenshot.

On the Olympics: What Olympics? I have not seen any of it. I heard some yelling this morning when a Hutt boy ran in a final of something (he came 6th apparently) but that's it. We're supposed to decorate our desks like a country and I got Spain but all I can think of is my purple flamenco dress and the Los Indignados movement which probably isn't quite what they're after, eh?

Tonight: handstands! It can stop raining any time it likes, too.

I will be so damn happy when the trend to put coriander in EVERTHING EVER is over.