I promised occasional sheep photos, right? Well, it's not really sheep season, being the depths of winter and all, but it's one of those truisms of handpiece work that the minute you think you can put away your gear for the season, someone rings you up. Today's people are new clients who bought a property and the sheep came with it. They wanted me to do "Whatever needs doing, we don't really know", and be a brain to pick about how to look after sheep in general.

This is my favourite kind of job. I really like sheep and I like getting the opportunity to help teach other people how to appreciate them too. I mean, who could resist this face? 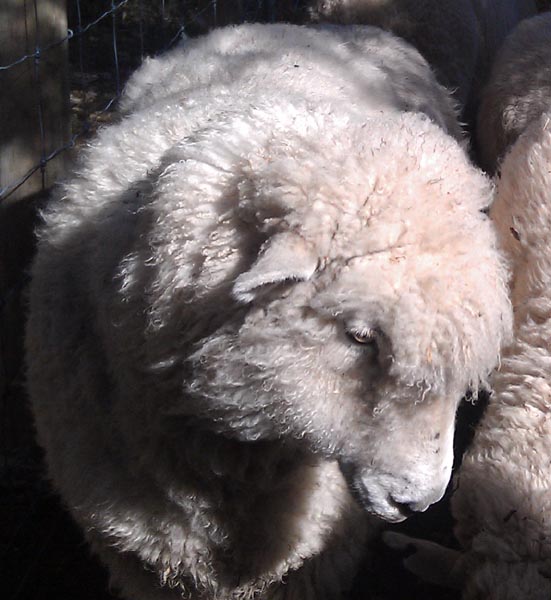 This is Lucy. She might look like she's thinking deep philosophical thoughts but actually she's estimating her chances of stealing the pellets from the sheep standing next to her, and doing a rational cost/benefit analysis as to whether it's worth the effort. Sheep are smarter than people think.

rivet's scale of bucolitude, this rates about 8.5 bucols. If it were spring and there were lambs and daffodils it'd get a 10. Fat happy sheep in the sunshine make me smile.

Also, I found out about a new breed of sheep last night - the Stansborough Grey. This is exciting for me as a sheep geek, and also they have the claim to fame of being the sheep that provided the wool for the hobbit cloaks that looked like rocks in the LOTR movies. And for those who were there, yes they are a strain of Gotlands, which explains the silky grey wool.

It's ok, I know nobody else cares, but *SQUEE NEW SHEEP*!!
Collapse