pombagira and I were approached and asked to design the Temple for Kiwiburn. I don't know why we were asked, buy hey, it sounded like a fun project, so we said "Why not?"

Next year, the building of the Temple will be passed on to new minds, new inspiration. But I have the bug. While I was working on this project, ideas formed and crystallised, and next year there will be a personal large-scale art installation from me. And it'll have the bits of this year's Temple in it.

It was the first, and the people did it justice. 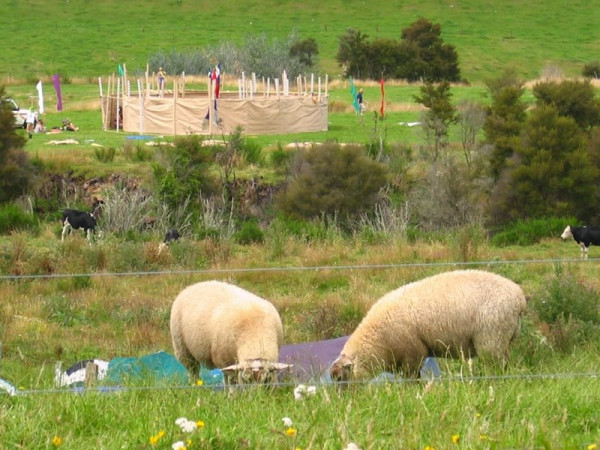